In his 1990 article “Fairness”, John Broome distinguishes between two moral concepts. On the one hand, goodness. On the other hand, fairness. He says that what’s fair is not always good, and what’s good is not always fair. Therefore, goodness can require a different choice than fairness does.

Example – “Kidney”
To illustrate this difference between goodness and fairness Broome uses an example. Imagine there is only one kidney available for transplantation and that both Ann and Bob need that kidney urgently. Without the kidney, they cannot survive. However, there is only one relevant difference between them. If Ann gets the kidney she lives another 22 years. If Bob gets it, he will live another 20 years. All else is equal. Broome’s question is: How to divide the kidney?

Goodness
If we assume that life is a good thing, then 22 years of life is better than 20. There is more goodness in giving the kidney to Ann than to Bob. So we should give the kidney to Ann according to goodness.

The different options are presented in the following table.

Coin Flip
Can there be a “middle way” here? Broome says that we should flip a coin in order to decide who gets the kidney. The coin flip gives Ann and Bob an equal chance to the kidney. This is a way to respect their equal claims, which at least yields some fairness. And it also respects goodness to the extent that one life is saved. So, according to Broome, letting a coin to decide is the right compromise between the best good action (which is giving the kidney to Ann) and the fairest action (which is destroying the kidney). In general, chance procedures like flipping a coin can help us to strike a balance between goodness and fairness.

Welcome to the fairness project! 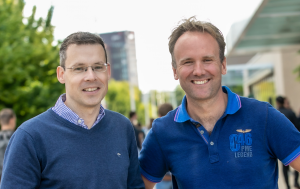